Cities are complex and that makes it hard to measure the costs and benefits of sprawl. Most real cities have a mix of neighborhood types built over generations. Real estate markets are highly regulated. Passionate voices in the debate can exaggerate claims. Still, there is growing evidence that some neighborhood types cost cities more to serve. These findings can guide city planning, but the built environment changes very slowly. Strategies beyond smart growth are needed to help communities become more sustainable in the short run. 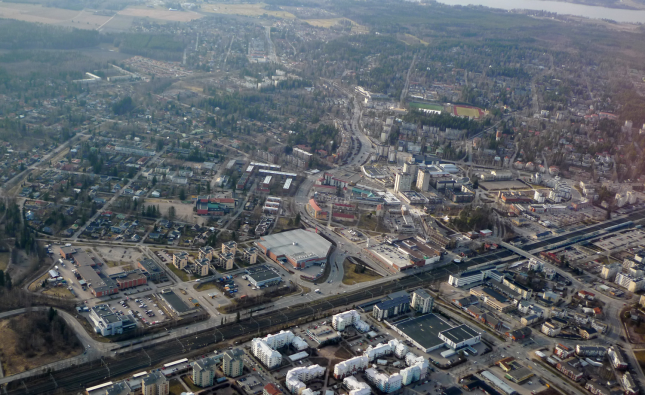 Sprawl and smart growth are not helpful terms for development and planning. The debate has rendered them stereotypes that have more emotional appeal than practical application. To its opponents, “SPRAWL” means a gluttonous waste of land where buildings are widely scattered across the land with no logic. It destroys valuable farm land and drives nature back on its heels. Likewise, foes of “SMART GROWTH” pronounce that it robs people of their property rights and compels them to live in hovels or like sardines crammed into dark towers.

In fact, most cities were built over generations and centuries. They have neighborhoods that represent the best and worst types of sprawl and smart growth. Real estate markets are heavily regulated by state and local ordinances. There are always people who think their property rights are being restricted no matter their favored urban form. In addition, real estate markets are distorted by federal laws that influence home and commercial financing. Given these complexities, ideal studies of the costs and benefits of neighborhood form will look at small sections of a city and carefully measure the many qualities that account for neighborhood form. Unfortunately, most research so far has looked at entire cities. They also tend to use density as the measure of sprawl.

Density is an Incomplete Measure of Sprawl and Smart Growth

Research that focuses on density alone can’t give good guidance to city planners and builders. As we saw recently, other qualities are more important to the attractiveness and efficiency of neighborhoods. Things like distance between uses, lot and building sizes, sidewalks and the road networks define whether a neighborhood is sprawling or not. These are really qualities of neighborhood design that determine if density causes problems like congestion and higher costs or whether it promotes efficiency and housing value.

Up to the early 20th Century, U.S. neighborhoods had a density of over 30 units per acre. This was accomplished with row houses and small apartments mixed among single-family homes. These are not generally considered sprawling communities. A typical single family neighborhood by the mid 20th Century had 4 to 6 units per acre. These are generally considered sprawling. At the same time, new urbanist or traditional neighborhood design approaches can deliver mostly single family communities that have densities up to about 25 units per acre. These communities successfully combine the connectivity and efficiency of smart growth with the privacy and open space benefits of traditional suburbs. With the limits of density as a metric in mind, what do we find in the cost of sprawl literature?

There is a growing body of research that confirms sprawling neighborhoods and, or, lower density neighborhoods increase municipal infrastructure and service costs. The following results are drawn from reports you can find here, here and here. Sprawl increases delivering municipal services. Many case studies and nationwide reviews reveal savings that range from 5 to 40 percent. The most detailed and objective studies find at least 5 to 10 percent savings. We should consider these as absolute minimum savings from smarter development regulations. There are diminishing returns to the benefits of density. Service costs fall the fastest when the population density increases from 500 per square mile (essentially rural) to about 2000 per square mile. Memphis and Tulsa have densities at 2,053 and 1,992, respectively. There are additional, but smaller savings moving to 4000 people per square mile. Denver (at 3,923) and San Diego (at 4,020) are examples. Many northern Dallas council districts and suburbs in southern Collin County are also built at about a 4,000 per square mile density. There appear to be slight additional savings for additional increases in density.

Cities with a lot of room to grow have a lot to gain from policies that let the market deliver less sprawling neighborhoods. There are also opportunities to gradually redevelop sections of existing communities with smarter development. Cities should provide the flexibility for the large minority of households who want to live in a more traditional, low-density urban neighborhood. From a property value standpoint, many cities can also benefit from permitting, but not subsidizing, much higher densities where the market demands it. Given the long life of a neighborhood, however, it will cost too much and take too long to radically or quickly rebuild our cities. We need more than land use changes to deliver immediate sustainability benefits.

We have spent several weeks studying sprawl and found opportunities for building better cities. In the short run, all cities will need to do more than just change their land-use regulations. Cities need to engage the businesses and households that call them home. Our cities need serious discussions about the services residents want and their willingness to pay for them. Those discussions are the foundation for reforming city operations to improve municipal effectiveness and save money today.